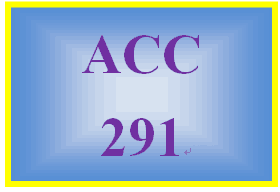 Which of the following is not a depreciable asset?

Expenditures to maintain the operating efficiency and expected productive life of the unit are expensed as incurred.

Cuso Company purchased equipment on January 1, 2016, at a total invoice cost of $400,000. The equipment has an estimated salvage value of $10,000 and an estimated useful life of 5 years. What is the amount of accumulated depreciation at December 31, 2017, if the straight-line method of depreciation is used?

When there is a change in estimated depreciation

Given the following account balances at year end, how much is amortization expense on Anisha Enterprises income statement for the current year if Anisha thinks all of its intangibles should be amortized over ten years?

Schneider Trucking Inc. purchased a new semi-truck on January 1, 2016 for $200,000. Its useful life is expected to be 4 years and its salvage value is estimated at $25,000. What is the depreciation for 2017 using the declining-balance method at double the straight-line rate?