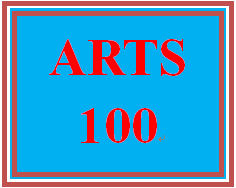 Complete one of the following options for your Week 4 Assignment:

When is a shark just a shark? Consider the movie Jaws. What could the shark symbolize in our culture, society, or collective human mythology other than a man-eating fish? Why? Support your answer.

Next, think about a theatrical staging of Jaws. Describe the artistic choices you would make to bring Jaws, the movie, to Broadway. What genre would you choose? Describe at least three other elements of production and how you would approach them in your staging of Jaws as a stage play or musical.

Submit your assignment in one of the following formats using the Assignment Files tab:

Select one genre of cinema such as comedy, tragedy, melodrama, and so forth.

Write a pitch for a movie that discusses the story and one person or object that is symbolic. Explain the symbolic significance of your person or object. In your pitch, summarize the setting, main plot, at least two main characters, and the theme.

Next, imagine you are staging a scene from your movie script as a stage play to generate interest from producers. What decisions would you make in terms of staging, such as stage design, actors, and other elements of the theater?

Submit your assignment in one of the following formats using the Assignment Files tab:

Imagine you are a critic, and write a 350- to 700-word review of one movie you have recently viewed. Include discussion of the following in your film review: