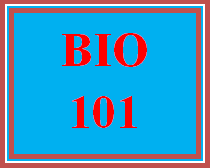 The purpose of this assignment is to lay a foundation of cell biology including the following:

This assignment also has you apply the scientific method to a real-world scenario.

Part I: Foundations of Cell Biology

Respond to the prompts in the tables below. Each response should be at least 30 words. Cite any references that you use.

Foundations of Chemisty in Biology

Recently, Earl attended a picnic at his daughter’s school. The picnic was a potluck, and the food was served outdoors. Contributions included hamburgers, hot dogs, baked beans, potato chips, potato salad, coleslaw, apple pie, and vanilla ice cream. Within 24 hours of the picnic, several attendees developed symptoms of food poisoning. Of the 50 people who attended the picnic, only 30 people became ill. Every person at the picnic ate something, but not every person had an opportunity to sample each item. Earl noticed that the potato salad he started to eat was warm. He also noticed that his hamburger was somewhat pink in the middle and not fully cooked. Earl wonders if eating the hamburgers or the potato salad could be responsible for making some attendees ill. Earl has begun to apply the scientific method to this common problem. Answer each of the following prompts in at least 75 words.