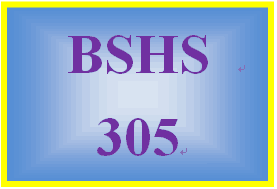 Format any citations in your worksheet according to APA guidelines.

For each scenario, discuss what the helper should do or should not have done. Support your answer with statements from the ethical standards for human service professionals (BOX 9.6 in Ch. 9 of the text) that provide guidance for each issue the helper faces. Your response must be thorough to demonstrate understanding of the ethical standards. Write in complete sentences with correct spelling, punctuation, and grammar.

1. Roseanne is a social worker with two preschool-aged children. Wanda, one of Roseanne’s clients, is a single parent who also has a preschool-aged child. Wanda has been unable to find work since she was laid off from her position at a daycare center that allowed her to bring her young son to work with her. She tells Roseanne that she is desperate for work, but even if she could get a job, she would not be able to afford childcare. Roseanne’s own daycare provider has just announced that she will be moving out of state at the end of the month. Roseanne is considering offering Wanda a job as her daycare provider.

2. Caseworker Lee met with a Vietnamese family who had recently immigrated to the United States. The family was referred to him by a teacher who was concerned about the unkempt appearance of one of the children, a 7-year old girl. When Lee visited the home, he found that there were at least 12 people living in the two-bedroom apartment, which is a violation of the rental agreement. None of the adults spoke much English, so the 7-year-old translated for them. The child explained that the others in the household were her aunts, uncles, and cousins. Lee presented the parents with a standard consent-for-services form and directed the child to ask her parents to sign it.

3. Ross is a social worker at a public high school. He is also a deacon at his local church, and he volunteers twice a month at a shelter for pregnant teens. At school, he met with a 16-year-old girl who confided that she is pregnant and asked for information on where and how to obtain an abortion. Ross is strongly opposed to abortion on moral grounds.

4. Maria is a counselor at a human services agency working with Clarence, a 51-year-old man who was laid off from his job over a year ago and who has been unable to find work since. Lately, Clarence has become increasingly despondent and angry about being unable to provide for his family. He admits that he has been trying to find out where his ex-boss lives so he can “give him what’s coming to him.” When asked what he means by this, Clarence refuses to answer and angrily leaves the office.