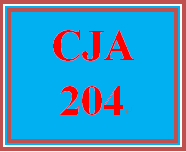 Divide your team into two groups for a debate. Groups will debate the following positions:

Write a 350- to 700-word opening argument for each position, for a total of two arguments.

Write a 350- to 700-word rebuttal to the other group’s opening argument, for a total of two rebuttals.

Consider the following topics when drafting debate arguments and rebuttals:

Combine both groups’ arguments into one document and submit the document to faculty.