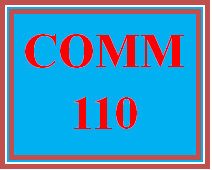 Match the Fallacy to the Situation

We have to talk about fallacies. We hear them all the time as others try to persuade us, and I'm pretty sure every one of you has used fallacies in reasoning at one time or another. I know I have.

Match the following with the name of the fallacy shown below these statements. Most are in this chapter, but a couple aren't.

1. I like having lots of Asians in my classes because they're all so smart.

2. Parents refuse to talk to their kids about sex and that has resulted in a number of abortions.

3. The Congressman would not support affirmative action in colleges because he's a bigot.

4. Either you support building a wall between us and Mexico or you are in favor of opening all the doors to America and just letting anyone who wants to walk in.

5. Women shouldn't be President because they are so emotional. I have a daughter who cries over everything.

6. If I give one student an A in class and others hear about it, they'll all demand A's. If I refuse, then I'll probably get sued and lose my home, or it may become a rental and the neighbors will be upset.