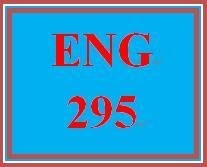 There are some really strange reasons why people want to ban books. Language is a big one. It seems violence is OK but add a swear word and people are up-in-arms about a book!

Strangely, violence is rarely a reason to ban a book. Our society is much more tolerant of people hurting and even killing each other than people making love or even swearing. I find this very odd but it does seem to be true.

Words like "jackass" to describe a donkey or "bitch" as a female dog are not even tolerated. There was a case a few years back where an award (Newbery Metal) winning novel called The Higher Power of Lucky by Susan Patron (2006) was banned because the word "scrotum" appeared on the first page. It was in reference to a dog getting bit by a rattlesnake on his scrotum. This is the CORRECT word and yet many, many had an issue with this and wanted the book banned because of it. Now, in this case, they could have picked any of a dozen other reasons to have an issue with this book as it dealt with substance abuse, childhood and adult traumas, electrocution and other issues but some took issue with a technically correct usage of the word "scrotum."

What do you think about banning over words?