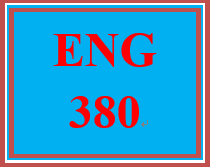 Complete the Language and Linguistics Worksheet.

Submit your assignment as a single file to the Assignment Files tab.

Using the text for this course, the University Library, the Internet, and/or other resources complete the following three-part assignment.

(Note: We are looking at the etymology of the terms, not the technology they represent. For instance, apple used to mean a fruit, but now it also is the name of a major computer/smart phone company. You would not get credit for saying that Apple’s products allow people to communicate in English.)

Explain why English is used so widely.

Select Scenario A or Scenario B:

Scenario A: Jason is blind and has epilepsy. He has a guide dog named Bo who assists him. Bo usually responds to commands from Jason. At times, Jason gives Bo the command to cross the street, but Bo disobeys if Jason has misjudged the traffic and it is not safe to cross.

Bo can also sense when Jason is about to have an epileptic seizure. The dog becomes agitated and begins to whine; although this is something he has not been trained to do. At times, he has left Jason and alerted others that his human companion needs help.

Scenario B: While caring for her infant daughter at home, Sara talks to another child:

Write a 350-word paper in which you define communication, define language, and explain how they differ. Be sure to use linguistic definitions from the textbook. Do not summarize the scenario; I’ll know which one you’re talking about.

Explain whether the scenario you selected is an example of communication or language, based on your definitions.

Provide at least one reference to support your conclusion.