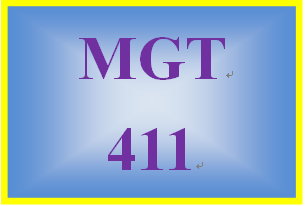 Complete the Organizational Ecosystem Case Study assignment located in the Materials section. Note: Formatting – all you need to do is copy the questions from the worksheet and provide a response for each.

Wal-Mart Stores, Inc. is a leading company in its industry and a widely recognized name, both domestically and internationally. Additionally, Wal-Mart has taken steps to ensure the success of not only its company but also their business ecosystem.

Wal-Mart Stores, established in 1969, is the largest retail company in the world, with over 4,000 stores in 12 countries. Wal-Mart has three types of retail stores: discount stores, supercenters, and neighborhood markets, as well as Sam’s Club warehouse stores. Between the various types of Wal-Mart and Sam’s Club stores, Wal-Mart Stores, Inc. offers merchandise and services that range for grocery goods and household supplies to tire and lube service, clothing, and vision centers. Additionally, Wal-Mart has an online music store, a private label cosmetics brand, and pre-paid debit cards for low-income US customers. Some of the company’s private-label brands are Sam’s Choice, Equate, No Boundaries, Mainstays, and Parent’s Choice. Wal-Mart also stocks several licensed brands, including General Electric, Disney, McDonalds, and Mary-Kate and Ashley. For the fiscal year ending in January 2008, Wal-Mart reported over $375 billion in revenue (Wal-Mart Stores, Inc. Company Profile, 2008).

Wal-Mart has dominated its market, in part, due to the way it approached its business ecosystem (Iansiti & Levien, 2004). There are many examples of Wal-Mart’s ecosystem approach, including their procurement system and their recent focus on more specialized stores.

Keeping its ecosystem in mind, Wal-Mart has built a procurement system that not only enhances its performance, but the performance and operation of businesses within its ecosystem. Wal-Mart Stores, Inc. requires that all of its suppliers operate the RetailLink®system (Requirements, 2008). RetailLink® is a one-of-a-kind system that allows suppliers to receive real-time data regarding their product in individual stores. Such real-time data allows suppliers to effectively plan for and execute distribution, while also personalizing their product supply by store. According to Iansiti & Levien (2004), “Wal-Mart’s procurement system offers it’s suppliers invalueable real-time information on customer demand and preferences, while providing the retailer with a significant cost advantage over its competitiors” (p. 69).

Stankevich (2002) noted the success of Wal-Mart’s system in terms of micromarketing and efficiency. Jon Ragsdale, vice president of marketing at Dickies, discussed with Stankevich the way RetailLink® brought to light the differences in demand for different sizes and colors of products in different markets. Ragsdale noted, “Before RetailLink®, we were using pretty much a cookie cutter approach to stores” (para. 10).

In recent years, Wal-Mart has begun to take a more specialized approach by offering different goods and adjusting the layout of the stores based on location demographics. Once a one shop fits all store, Wal-Mart now has several stores that cater to the needs of a specific location. One store in Plano, TX has been adapted to appeal to the higher number of affluent customers in that area. The store now offers consumer-electronic specialists, that are more versed in the specifics of electronics than a typical sales associate. Also, that particular store adapted the sporting goods section to have more of a child focus, based on the notion that more affluent individuals purchase their sporting goods from country clubs (Zimmerman, 2006).

After reading the case study on Wal-Mart, use the case study and information from your weekly readings to answer the following questions in 200 to 300 words each.