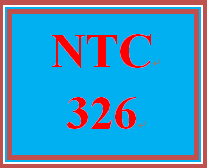 Note: The following modules in the Practice Lab "70-741 Networking with Microsoft® Windows Server® 2016" should be completed before this assignment is attempted:

After completing the Week Two Practice Labs, create a backup of the DHCP database.

Take screenshots from the main Server Manager screen for each step in the process that you used to back up the PLABDC01 DHCP database.

Write a 3- to 4-page paper answering the following questions:

In addition, include screenshots in your paper documenting how you backed up the PLABDC01 DHCP database.