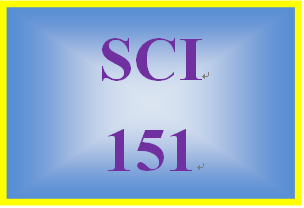 Complete the Basics of Astronomy Worksheet.

Complete the table based on the readings for this week: Ch. 1–4 of The Essential Cosmic Perspective.

1. What is Earth’s Sun and what is its role in the solar system?

2. What is the Milky Way galaxy and the Sun’s position in it?

3. What is the Big Bang and what does it say about the age of the universe?

4. What is meant by the phase “looking out in the universe is looking back in time?”

Location in the Universe

5. What is Earth’s place in the solar system?

6. How close are the nearest stars to the Sun as compared to the distance between the Sun and the Earth?

7. How large is the Milky Way galaxy?

8. How many stars are estimated to exist in this galaxy?

9. How old is the earth compared to the universe itself?

Motion in the Universe

10. How fast does the Earth move around the Sun? Compare that to fast things in day-to-day life.

11. How is the Sun moving in the galaxy?

12. How are the galaxies around the Milky Way galaxy moving from humans’ point of view?

Significance of the Celestial Sphere

13. What important directions and coordinate systems help you find your way around the sky?

14. Why do stars have different levels of brightness and how does one describe their brightness as compared to one another?

16. What is Polaris, and what is its significance in the sky?

17. Why does the Moon change its phase, how does it move, and how do these combine to create eclipses?

18. What is the science of astronomy?

19. What is the scientific method, and how does it relate to the science of astronomy?

20. Who was Aristotle, and what was his relationship to the science of astronomy?

21. What was the Copernican revolution?

22. What observations did Galileo make that proved that planets go around the Sun?

Seasons of the Earth

23. How does the Earth rotate, and how does that relate to day and night or the seasons?

24. How does the Earth revolve, and how does that relate to day and night or the seasons?

25. What causes the seasons? Is it the tilt of the Earth’s axis or its changing distance from the Sun throughout the year?

26. What is gravity, and how much weaker does it get as you get farther from the center of a body?

27. Are objects in orbit of the Earth still under the influence of gravity?

28. An object in orbit falls around the Earth. What do planets, comets, and asteroids fall around?