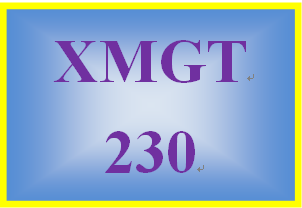 1.Which of the models of organization structure depends most heavily on appropriate communication and coordination between subsidiaries?

2.What type of organization is âmarked by an absence of prejudice,discrimination, and low levels of intergroup conflict?â

3.The assumption that there is âonly one wayâ and that no other way of living should be recognized, illustrates which diversity assumption?

4.Supervisory leadership is behavior that provides

5.At a restaurant where your friend works, the manager has a lot of power over the workers. She has the responsibility of scheduling workers and assigning projects during each shift. Employees who have performed poorly on their shifts tend to get scheduled for the unpopular weekend shifts and the worst shift duties. This manager

seems to use a high degree of

6.Legitimate power is described as power that exists by having

7.A leadership perspective that attempts to identify what effective leaders do and the behaviors they exhibit is referred to as the

8.A leader that supports other individuals as part of improving the organization is best described as a

15.A person who has a special ability to generate excitement and revitalize organizations is known as a

9.According to Bateman and Snell (2011), which of the following highlights the importance of leader behaviors, not just toward the group as a whole, but toward individuals on a personal level?

10.Robin Errington has been frustrated at work. Robin’s boss, for whatever reason, never makes decisions. If anything is to be accomplished, Robin and her coworkers just choose what they think is best. Robin’s boss has a decision style that should be labeled

11.Which of the following statements is true regarding decision styles?

12.According to leader behavior research, including studies at Ohio State and Michigan, the ideal leader

C.engages in both task performance and group maintenance behaviors

D.relies on the situation to dictate his/her behavior

13.What leadership approach focuses on maintaining good relationships between the leader and the employee and works well for leaders with high-LPC (least preferred coworker) scores?

14.What is a situational model that focuses on the participative dimension of leadership, or how leaders go about making decisions?